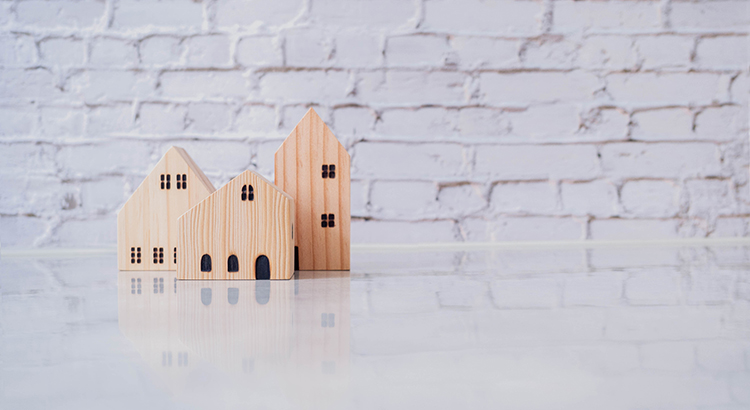 Even if you don't pay much attention to the economy, there's a good chance you've heard rumors of a coming recession. There are many things that affect the economy, so instead of going into detail about each one, let's look to the experts and the past to see what might happen. Greg McBride, Bankrate's Chief Financial Analyst, says:

A Recession doesn't mean that home prices are going down

Historical data can help show that home prices don't always go down when there's a recession. As the graph below shows, home prices have gone up in four of the last six recessions, which go all the way back to 1980. So, when the economy slows down, it doesn't always mean that the value of a home will go down. 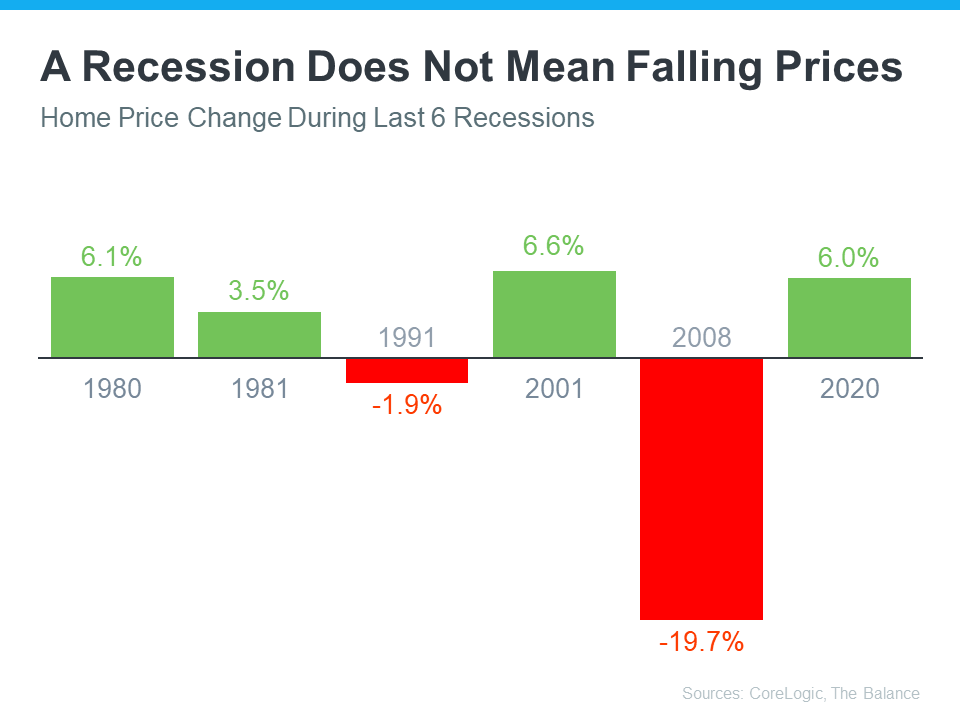 Most people remember what happened to housing in 2008 (the larger of the two red bars in the graph above), and they think that if there was another recession, housing would go through something similar. But the fundamentals of the housing market are different now than they were in 2008, so the market is not about to crash. Experts say that home prices will change depending on the market and may go up or down depending on the area. But the average of their predictions for 2023 shows that prices won't go up or down anywhere in the country.

When there is a recession, mortgage rates go down.

Research also helps paint the picture of how a recession could impact the cost of financing a home. As the graph below shows, historically, each time the economy slowed down, mortgage rates decreased. 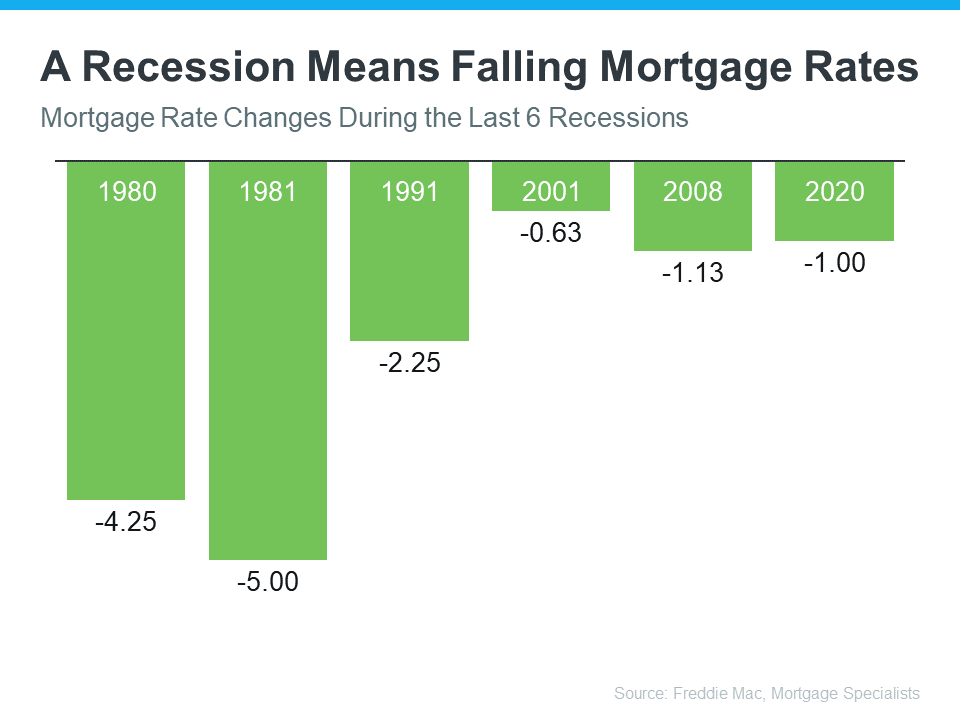 In 2023, market experts say mortgage rates will likely stabilize below the peak we saw last year. That’s because mortgage rates tend to respond to inflation. And early signs show inflation is starting to cool. If inflation continues to ease, rates may fall a bit more, but the days of 3% are likely behind us.

The big takeaway is you don’t need to fear the word recession when it comes to housing. In fact, experts say a recession would be mild and housing would play a key role in a quick economic rebound. As the 2022 CEO Outlook from KPMG, says:

“Global CEOs see a ‘mild and short’ recession, yet optimistic about global economy over 3-year horizon . . .

More than 8 out of 10 anticipate a recession over the next 12 months, with more than half expecting it to be mild and short.”

We can learn from the past, even if history doesn't always repeat itself. Historical data shows that during most recessions, home values have gone up and mortgage rates have gone down.

If you're thinking about buying or selling a home this year, let's talk so you can get expert advice on what's happening in the housing market and what that means for your homeownership goals. 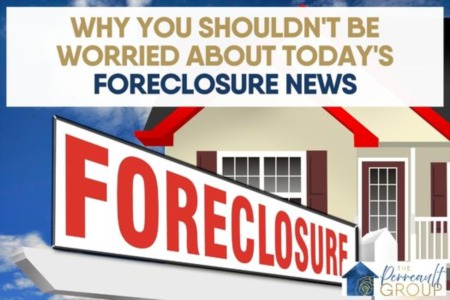 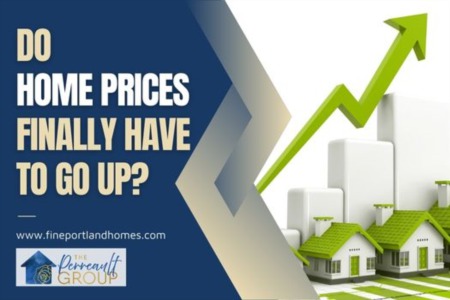 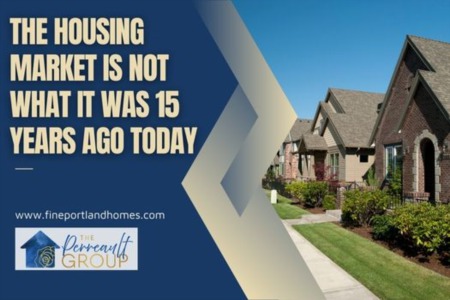